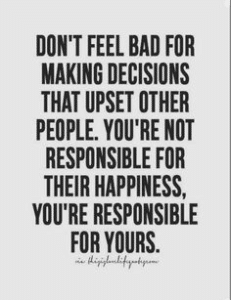 The concept of self-knowledge is very important. Because it will enable you to have integrity, discipline, social and spiritual skills, and to learn how to work productively.

Often people attempt to live their lives backward; they try to have more things, or more money, in order to do more of what they want,

So they will be happier.

The way it actually works is the reverse. You must first be who you really are, then do what you need to do, in order to have what you want.”  Says MARGARET YOUNG

I have to say, no matter the temptation for conformity, try to be true to yourself. Live to be you, and be sure of what success means to you and work to achieve it. THE NEED FOR SELF-AWARENESS

Self Knowledge In Giving A Helping Hand

“You must give some time to your fellow men. Even if it is any little thing. Do something for others. Something for which you get no pay, but the privilege of doing.” Because part of self-knowledge is knowing that you’re here to make a difference in people’s lives.

I look at helping others as a privilege. It is something we have to feel happy doing instead of feeling burdened. Often times it’s just a small gesture that is needed to make a difference.

It’s never too late to pursue your dreams, just know that the right decision can change your life, regardless of the time, and age it was made.

Socrates once said,  that there is nothing stable in human affairs; therefore avoid undue elation in prosperity or undue depression in adversity.” That’s quite important to consider.

I think what Woody Allen said some time ago makes a lot of sense today; “More than any other time in history, mankind faces a crossroads. One path leads to despair and utter hopelessness. The other, to total extinction. Let us pray we have the wisdom to choose correctly.” I pray that the present civilization does not destroy itself, the way things are going. We just need to be sensitive and knowledgeable of history.

I believe that nothing happens to any man or woman that the person is not equipped by nature to bear. Often time, we wonder how a person can bear so much pain and suffering and still find courage and love to smile.

A great South African Activist, Nelson Mandela,  knew himself, and believed in his convictions, said this,

“The human body has an enormous capacity for adjusting to trying circumstances. I have found that one can bear the unbearable if one can keep one’s spirits strong, even when one’s body is being tested.’

Strong convictions are the secret of surviving deprivation; your spirit can be full even when your stomach is empty.” http://famousquotesandauthors.com/topics/self_knowledge_quotes.html

Finally, let me leave us with the words of Former U.S. President:

Theodore Roosevelt — U.S. President, left a message for leaders of all times and levels. He had this to say, “It is not the critic who counts; not the man who points out how the strong man stumbles or where the doer of deeds could have done better. The credit belongs to the man who is actually in the arena, whose face is marred by dust and sweat and blood, who strives valiantly, who errs and comes up short again and again, because there is no effort without error or shortcoming, but who knows the great enthusiasms, the great devotions, who spends himself for a worthy cause; who, at the best, knows, in the end, the triumph of high achievement, and who, at the worst, if he fails, at least fails while daring greatly, so that his place shall never be with those cold and timid souls who knew neither victory nor defeat.”

2 thoughts on “A Self Knowledge”